Just like in my previous post Malaysia is our unexpected trip, we got a FREE accommodation in a 5-star hotel so, we grabbed the opportunity to visit this place since we planned to visit KL last year during our trip in Singapore but it did not happen.

So finally we’re here and ready to explore the place and see what Malaysia “truly Asia” has to offer. Low cost carriers like Cebu Pacific and Air Asia arrived in KLIA- LCCT (Low Cost Carrier Terminal). We arrived in Malaysia at midnight and since its a budgeted trip, we just decided to spend the night at the airport. The agony of waiting in the airport with only steel chairs to get some sleep, priceless (hahaha).

After taking some uncomfortable sleep, we headed to KL Sentral to start our day. We took Aeroline bus to KL Sentral at MYR8 (one-way), the ride going to KL Sentral to took us around 45 minutes, next thing we knew is that we are already in KL Sentral. Since we’ll be starting our adventure early and it’s still early for checking-in to the hotel, its a good thing that there are lockers in KL Sentral where can you leave your luggage while you explore Malaysia, the locker that we rented is MYR10, price rent depends on the size of the bag, price ranges from MYR5 to MYR20 (not bad! for a hassle free walking around KL).

We had our breakfast first, before heading to our first stop the Batu Caves. Good thing that the train is not to crowded, but it took us 45 minutes to wait for the train going to Batu Caves.When you arrive the Batu Cave station you will instantly see the human monkey and you arrived your final destination.

The cave is one of the most popular Hindu shrines outside India, dedicated to Lord Murugan. It is the focal point of Hindu festival of Thaipusam in Malaysia. The limestone forming Batu Caves is said to be around 400 million years old. Some of the cave entrances were used as shelters by the indigenous Temuan people.

The Batu Cave experience won’t be complete, if you haven’t experienced the 272 steps going to the cave. Upon reaching the top, a small temple of Hindu and small version of Murugans. The place is an experience, its just sad that the place is not well maintained and not everyone including myself have not observe Hindu culture, at the foot of the stair are reminders to people on how and what to wear when entering the cave. It would be nice if tourist observe and respect other religions practice.

After our Batu Cave experience, we went back to KL Sentral and took our bags and went straight to the hotel. We took the Rapid KL train from KL Sentral to Imbi Station, walked all the way to the hotel. We had an early check-in at Grand Hyatt, good thing they are very accommodating and let us rest on the lounge while waiting for our room to be ready. Once we’re all settled we rest and freshen up.

How cool is that? The Petronas Tower is a walking distance from Grand Hyatt Hotel. So after getting some rest, we went out to check out the Petronas Tower and at the base of the tower is the Suria Mall.

We had dinner  and waited until we get a night shot of the Petronas Tower. The tower is beautiful at night and taking a picture with the whole twin tower is challenge. If you want to get a good view from the top of the tower, you can check out the  Petronas Skybridge for MYR80 for adults.

After taking some pictures, we went back to the hotel and prepare for the next day. Of course, we want to enjoy the hotel as much as we can since it is FREE ^_^

I want to enjoy life as much as possible. Try things that I never thought I wouldn't do in this lifetime View all posts by `Faith 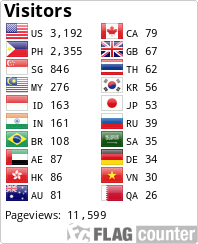 Keep Calm and Poke it!

Pinoy On The Road

adventures of a filipino traveler from the philippines to the world

Polish girl married to a Hongkonger, based in Hong Kong

So there I was, minding my own business...

Around the World in 70+ Countries

This WordPress.com site is the bee's knees

Trails and Tales of a Happy Sole

The Friendliest Newsbase For Korean Wave Fans in Indonesia

A Cup of Sugar … A Pinch of Salt

"We all know fear. But passion makes us fearless." - Paulo Coelho

Travel is my Rhythm